A Guide to Film & Video Production Insurance I
While it may not seem as exciting as shooting scenes or hiring actors, having a film production insurance cover is crucial. What is this insurance cover? How much does it cost? Find out in this handy guide!

Producing a film is no easy task. There are a lot of factors to worry about, especially when it comes to not going over the budget. Without good insurance, your film’s budget may go into the red if something goes wrong.

While it may not seem as exciting as shooting scenes or hiring actors, creating a film production insurance policy is crucial in protecting your actors, crew, equipment, producers, filmmakers, and filming locations from any liability claim that may come up.

This article is your essential guide to navigating film production insurance and how to make it fit within your movie budget.

Why Do I Need Film Production Insurance?

As with anything in the film industry, things do not always go as planned. Many factors can affect production at any time, whether it’s the weather, injuries on set, and other risks that can quickly drain your managed resources and film production budget.

If you’re a producer, you will carry most of the financial responsibility if something goes wrong on set, thus having insurance on hand will also protect you and your wallet.

No matter if it’s a short or large film, insurance is also required by production companies. Film insurance companies can take a look at how large your film production is, whether you need short-term vs. annual, and any exceptions needed for the type of film you’re doing.

Having insurance will also protect you from:

Unfortunately, there’s no one-size-fits-all policy that will satisfactorily cover every film production. Also, not all insurance brokers cover the same topics such as video production insurance and film equipment insurance. 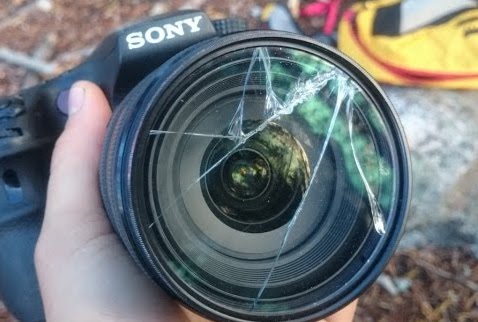 Buying film equipment insurance will protect you from any damage or theft of the equipment you use. Items that can be covered under video production insurance include

If buying a policy for this, it should include protection against accidental damage, weather, transit and shipping, and a replacement cost coverage. Beware if you’re renting your equipment though, as most insurance policies will make exceptions when it comes to renting.

Short-term insurance is used if you are going on a project-by-project basis or for productions that will last less than 60 days. A typical short-term policy will allow for up to 10 filming days. Because of the nature of the short-term project, insurance companies expect or will tell studios that they won’t need to cover high-expense items like stuntmen, fight scenes, gun blanks, animals, or pyrotechnics.

An annual policy is necessary when you are planning to shoot films many times throughout the year. This policy is most often used by major production companies, rental equipment companies, freelance producers who create many projects during the year, and independent filmmakers. If you are shooting many films during the year, going for an annual policy may save you money in the long run.

All in all, some of the most common policies may contain general liability (which is one of the required terms if working with the Screen Actors Guild), equipment protection, and errors and omissions.

How Much Does Film Production Insurance Cost?

Getting a quote for your film from an insurance broker is the best way to find out what it may cost. Depending on what you need for your film, the prices may vary.

For film equipment, a basic short-term policy can cost around a minimum of $250, while an annual policy’s least expensive is $550. Luckily, policies around this will cover all equipment for no extra cost after the deductible. Make sure you always know the amount of deductible.

In case something happens on set, make sure your broker is able to issue certificates of insurance (COI).

Worker’s Compensation is what protects the people working for you on set if something happens to them while on the job. This is necessary if you are a freelancer, get paid full rate with no taxes withheld, and provide the production with a W-9 for labor and gear.

This is necessary because most states require that a worker compensation policy exists in order to pay for essential issues.

The cost to include this starts near $660 annually and the compensation gets calculated as a percentage of any calculated wages.

When taking out a policy for this, it covers

Make Sure Your Insurance Fits In Your Budget

While it may not be as fun to think about as all the creative aspects of filming, thinking about worker’s compensation, payroll, and the types of film production insurance to use will only benefit your production company, producers, and your wallet in the long run.

When it comes to searching for insurance policies, it’s important to figure which policy will fit your movie budget and film production budget. To get a free film & video budgeting Google Sheet template, tips, and tools for film & video productions, sign up for our mailing list today!

In the next insurance article, I will be explaining Insurance terminology, give you tips on how to shop for insurance coverage and connect you with my film insurance broker.

I am a line producer, video production company owner, budgeting wizard, and a Google Sheet enthusiast who started Wizardy Budgets. I manifest the visions of filmmakers, YouTube creators, music video directors, and brands.
← Previous: The Best US Cities in 2021 for Film and TV Production (besides NY and LA) Next: How to Cut a Film's Production Budget Without Butchering the Story →